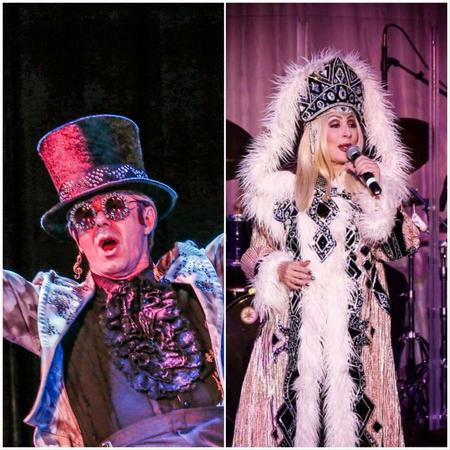 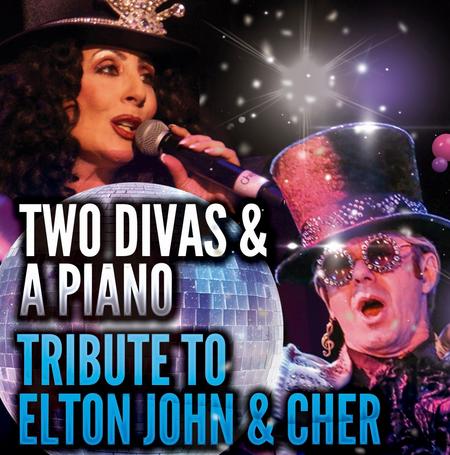 TWO DIVAS & A PIANO – THE SHOW

Together, Gene Sironen and Heidi Thompson bring a unique energy to the stage with their own brand of comedy, duets, audience participation and more.  Experience, professionalism and dedication have given them the longevity to perfect a highly crafted show, garnering laughs, applause and happy audiences wherever they perform.

​This combination of tribute acts has been highly successful, as both CHER & ELTON JOHN have each had six decades of hits, starting in the 60’s, and are loved by audiences of almost all ages and demographics.  With songs like; Crocodile Rock, Believe, Saturday Night’s Alright, If I Could Turn Back Time, and duets like; Don’t Go Breaking My Heart, Rescue Me and Don’t Let The Sun Go Down On Me, this show guarantees an exhilarated audience every time.

Thompson is best known for her portrayal of CHER, with 18 years as a mainstay in the Las Vegas production of “Legends In Concert,” as well as, national TV appearances on “The View,” “The Nanny,” “Ellen,” and more.  Her comedy and wit are second to none.

Sironen was a mainstay for 10+ year in the Las Vegas production of “Legends In Concert” with his “Tribute To The Righteous Brothers,” wherein he was named “Best Male Singer in a Las Vegas Production Show.” His impersonation of ELTON JOHN has become a highly successful second act, performing with symphony orchestras, on cruise ships and for corporate events.

“Thanks for doing such a fantastic job at our concert.”
-Alana Joos, President of Temecula Valley Symphony

“You are the best, and what a great moment you created for them!”
-Dane Butcher, Entertainment Cruise Productions, The 80’s Cruise

“What a show! I would love to see these two very talented personalities back on stage in a showroom in Las Vegas.”
-Luke Perry, Producer, Luke Perry’s PN Awards Las Vegas

“You guys were the best ones in the show!”
-John Stuart, Creator , Legends In Concert 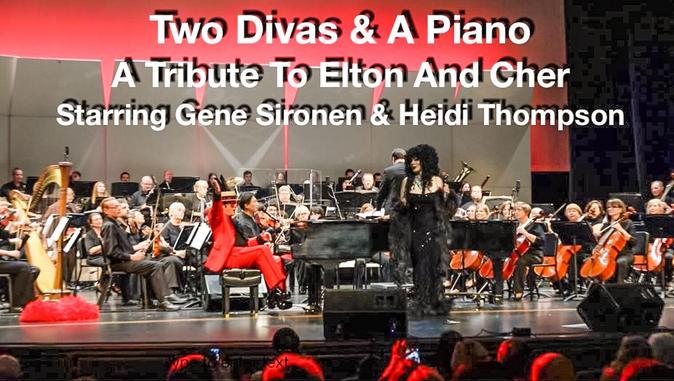